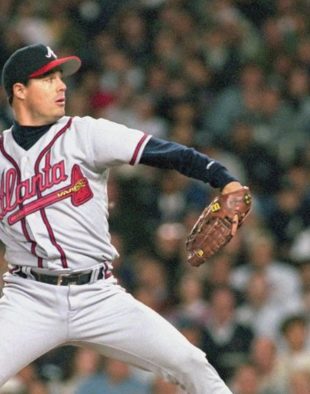 Faster Is Not Always Better

Having a perspective, a certain view of something, is extreme only among your detractors. Greg Maddux was the greatest pitcher ever, period. Then can ensue an endless, completely righteous and legitimate, debate. My advocate is my daughter, Elizabeth. She loves Maddux and the Braves and will likely kick your ass over it, careful. I am asking you just to roll with it, just close your eyes and imagine; imagination is endless.

Gregg Maddux threw every pitch a different speed. He never blasted guys out with the 90, even 100, miles per hour fastball, not like that. I don’t know this, but I don’t think he could. Not every pitcher can throw the heat at 100 mph. If they can, they can’t do it very many times and they are almost always relief pitchers. He obviously, to me anyway, figured the odds of a major league hitter making contact with a thrown baseball was very high, which it is.

Knowing, or more accurately accepting this, he threw a baseball at wildly varying speeds such that contact ended up, usually, in grounders and pop up fly balls. Maybe you could say that by changing the speed of the ball, you change the impact of the outcome. That they will frequently hit it, make contact, is fairly predictable over time. Figure they didn’t get to the major leagues whiffing at the highest level and that’s really it. The hitters will put wood on leather, period. This is the Redneck metaphor, pay attention. Wood on leather.

Ok, so hold that thought. Close your eyes and ponder that concept, the speed of the ball. You can get all meta-physical and shit and talk about space/time displacement, particles, strings, waves and what not. None of that matters. You, and I, are on the blue planet roaring through the galaxy, one of what we are told is just one out of some huge number, at what we think of as a high velocity. Oh, one more thing, velocity is nothing but displacement. After velocity you have acceleration and such. I may be a bit off, incorrect. It is of such minimal importance I left the small slot machine, we call it a phone, on the table. No Google search, ain’t worth it. The information thing is very limited, as we have discussed.

Ok, I am pretty obviously using this whole ball notion as a metaphor for something much more mundane (sort of), everyday life. We rush frenetically through almost every moment, I am bad about that myself. As a society, we have created a faster and faster existence, beginning with the Industrial Revolution and the advent of the consumer driven society. In the recent decade, throw in the slot machine you carry in your pocket you call a phone, and now everything is late if not done even before the ‘thing’ is called for. This is like Blade Runner every moment, or rather the moment that has just passed. This is why Eckhart Tolle’s book, The Power of Now”, makes complete intuitive sense. I used to tell people, “slow down, ain’t anybody on the operating table here.

Somebody should have told me. They didn’t. Coming up on 60 years of age is weird. I know, I know, stop bitching and be happy. Like my Grandfather used to say about birthdays, “glad to see ‘em come, it’s better than the alternative”. As the Zen master said, maybe. No matter what you have done, or failed to do, this ain’t the dress rehearsal, so let’s do it. So, I didn’t get fucking wiped by some weirdo or a random horrible disease, yet. Since this is self-reflection, I can throw political niceties aside. Ok, I am completely batshit screaming crazy. Come on, you know what I’m talking about. Just look around, take a really good look. Now, gather yourself and you tell me if we live on a sane planet. Not in a million fucking years. I learned a long time ago that while complaining and fussing is perhaps a bit therapeutic, it is a totally fruitless exercise, doesn’t work, plain and simple.

Therefore, it’s on us. Yes, us. It occurs to me that if you think of your life as a path, a road, a trail, you must conclude that the older one gets, the longer the road and the more you begin to notice that, however gradually, it curves onto itself. You know damn well that at the merge point, well, you get it. Forget the fatalistic bullshit, if but for a moment, and just let that stew. Just like coming in naked, leaving naked and the same with the sequence of diapers. This is where you can legitimately say, “fuck me”. Yes, you are correct but take solace in knowing it’s not just you, or me. Just picture John Wayne, the Duke, saying, “well boys, we ain’t getting’ out of here alive” as we are surrounding by forces both outside our control and just, well, outside.

This brings us to the ever-present question of just what in the hell I am talking about, you know, the point. What is pointless, unless there is a mirror of ‘point’? I am saying, or trying to say, that there is no particular, or singular quality of speed, in and of itself. Making things faster is not the same thing as making them better, not even close. There could be an argument that slowing down, trying to be mindful and seeking some inner peace is a wonderful thing, great goal anyway. Humans are not designed to take limitless input, prioritize it and act on it. No, doesn’t work. This hypothesis is clearly proven by a casual observation of the internet’s impact. Just accept that, we are going on 1,000 words and if anyone has made it this far, time to stop, as I sure you would agree.

So, today, try to slow it down, if just a bit. Chew your food, hug your loved ones, count to 10 (I think I will have that tattooed on my forehead), You can always get more money, more stuff, but you cannot get more time. Slow down, reflect, BE THERE.

Modern Love and Church on Time