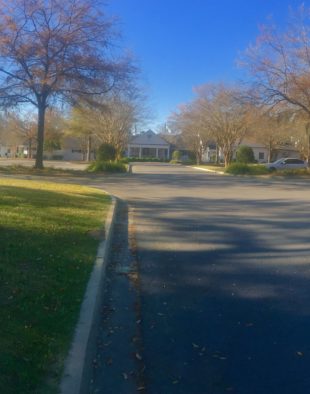 Objects are closer than they may appear…

Take refuge in the fact that you are only free when you are free from the opinion of others.
0 July 3, 2018 8:24 am by Michael Moore

There is a moment, an inkling, a feeling. For some, it’s very subtle, a whisper almost. For others, it’s a huge flaming ball; the burning bush. Smacks you square in the face. You are old, at least you think so. All that crap in your forties and turning fifty were just feints, this, you believe, is the real deal. You are getting older, tick tock. One perspective is that it’s better than the alternative. You run into people on the street and say, “good to see you” and they reply with the “better to be seen than viewed” line. That doesn’t help. However, you can see mortality about to pull into your driveway, driving an orange colored Oldsmobile 88’. Yeah, you. Much like the stages of grief and loss, you pass through denial, dismissal and on and blah. But, as with most things, you have no control over it, nor can you change it.

Then your mind goes over all those regret events you have stored in your memory. Those stories never get better, no matter how many times you tell them. No matter your bullshit skills, each story ends the same way, every time. There is equality in that, despite the talking heads on MSNBC, we’re all equal but we are not all the same. Some handle it better than others. The situation we find ourselves in could use a stoic outlook, so go read Marcus Aurelius. Sure, you would have done so and so differently, but you didn’t. Nobody is perfect and that is one of the only true things you know. Reconcile yourself to whatever you have to, seek forgiveness, give forgiveness and then try and quiet your restless mind.

Take refuge in the fact that you are only free when you are free from the opinion of others. In our material and matter focused society, this means to ignore what they say, do or think. Besides, what do they know anyway? You, yourself, don’t know much and it is highly doubtful anyone does either. This is vastly different than others’ opinions. You are not responsible for what other people think. Besides, nobody knows you, not really. You are but a character in the movie we all have playing in our heads, think about that for a moment.

Here we are, the 7th inning stretch, do not fuck up, at least not too bad. Harry Cary is up there, leaning half way out of the announcer’s box, singing “Take Me Out to the Ball Game”. This is a matter of perspective. You, by this time, have had some tragedy and some difficulties. Go read Ecclesiastes. Vanity of vanity. This suddenly makes sense. The sun rises and sets, then rises again. There is nothing new under the sun. By the way, that idea is where Hemingway got the title to what was, in my humble opinion, his best book; ‘The Sun Also Rises’. Watch the bulls run in Pamplona, have fun, worry about it later, if at all.

This idea, the thought of mortality, tends to sharpen your day to day perception and gives some depth to your perspective. Maybe too much for some so they choose to blur the edges with booze and drugs. I tried it, doesn’t work. At least not for long. Wake up, it’s still there. Go ahead, look out the window. Yes, that orange Oldsmobile 88 is still there. It ain’t leaving without you, and you know it.

However, you can create a new story anytime you want. One with a better ending and one that redeems, maybe just partially, whatever it is you feel needs to be forgiven. Shit, we all need a little, sometimes a lot, of forgiveness now and then. Each of us, every single one, does stupid shit; stupidity and human frailty are ubiquitous. Just look around. Whatever it is you think so horribly stupid will not last past the 24-hour news cycle. That is one clear advantage of our frenetic, material world, it’s all so fast that no human can possibly keep up. Plus, remember you are just a character, one of a million cast into a movie playing in somebody’s head.

Now, calm down. Breathe. Take a step back and be deliberate, be mindful. No one knows the day or the hour, so today you can live. Be joyful, be strong, be courageous, be kind. Most importantly, be there. Be present. Some people will tell you to stay in the moment. The truth is that there is nothing else, this moment is all there is. When you come right down to it, we all are hopelessly confused as we stand at this existential intersection.

One thing I have noticed is that things we would have considered inconceivable 10 years ago are now commonplace. What does that mean to you? To me, it is a clear indication that actually giving a shit about the petty, inconsequential things is useless and wastes valuable time. We can get more of everything else, but time. The ending is no harder than the beginning and we don’t know when the ending is. Not only that, the ending is a man-made construct. We, none of us, have any clue what the ending is, if it exists at all. Be hopeful.

Ok then, yes, we are all getting older. So what? You are not “old” until you start using age as an excuse. So, stop it. Today, this moment, is all there is. You have choices, options. What you can do is decide to do your best, (remember that your best changes each day, often each hour), respect others and be there. Your family needs your attention, that most valuable of commodities. Everything has a cost, that’s why we say, “pay attention”. We all need you, so be there.

The Box Looks Better from Inside…

Some Days Are Better Than Others