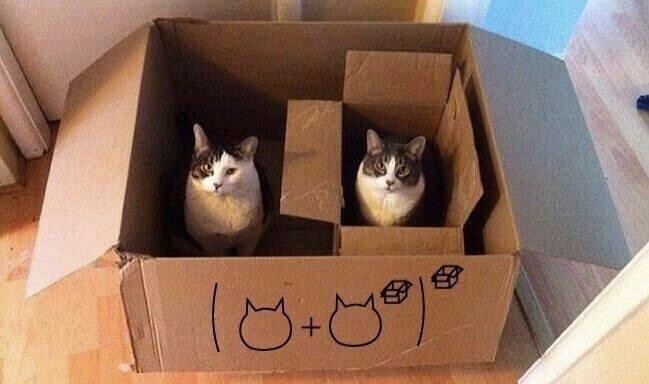 The Box Looks Better from Inside…

The wooden box is probably busted because it’s stuffed slam full of pens and pencils.
1 June 18, 2018 8:01 pm by Michael Moore

To try to heal myself from the various maladies that are constantly kicking my ass, stuff like anxiety, guilt, stress, overwhelm and the like, I made a decision. I decided to organize myself, which is same speak for getting rid of shit. Nothing more cathartic than just letting go and tossing those stupid Nikes you got on sale 5 years ago. Can hardly stand it, the fact that they don’t even really fit is of absolutely no importance. Yeah, seriously.

Ok, so I started the other night, really got with it. First thing was to move (not throw away) what looked like 34 pens and maybe a couple of pencils. Moved those little bastards right into the mud room, (I have no description of mud room less than 500 words, so roll with it). Their current resting place is to keep company with the 342 other writing instruments all stuffed in to a broken wooden holder. Think the wood holder is probably busted because it’s stuffed slam full of shitty pens and pencils.

That little narrative about the pens and pencils is like a children’s story. I mean there is a point and a moral. Bet you can guess. Me? If I really got it, this wouldn’t be happening to start with, right? You have all heard the really old line, “the road to hell …. paved with good intentions”. There you have it, I am in pen hell.

You probably guessed, pen hell is metaphorical. Well, I do have way too many pens, (plus the shoes, jerseys and so forth). That’s another story, if one at all. Anyway, the pens and pencils are really just little reminders of the perpetual overwhelm. The level of external stimuli coming at us would overrun Attila the Hun. Did you? Have you? What about that email? Huh? When? Really? Must have missed it. At this point, you are now 183 emails down since you wasted that 3.7 minutes actually speaking to someone.

There is also a higher meaning and wisdom teaching here as well. A lot of those pens have on them the logos of companies, or groups, that no longer exist. You could think of them as excess mental baggage that’s still taking up space in your emotional memory, which has limited space available. Tossing all the old, useless and usually negative emotional memories releases you to enjoy the present, leaving the past behind. Those of you tuned in to a higher frequency will immediately recognize that the pens can represent other things. For example, the old Sharpie, long dried up with the Esso logo could well be seen as the old business associate who left you holding the bag, way back when.

Any of you who have read (endured) any of my various rants will recognize my utter disdain for email. Yes, I know, it does have a place and is useful. To a point. However, let’s trade admitting stuff, like truth or dare. I just admitted that email does have some utility, so there. Here is where you admit that it is way overused and doesn’t actually do shit. The brain trust found in most cubicle worlds has perfected the art of the illusion, the appearance of actual progress or momentum. If they email you some completely useless bullshit and you don’t see it, the doom is now on you. “Oh hell! I emailed you about that new ramp up of the incremental runway!” This is like missing the invention of the wheel and now you are forever doomed to chase large hoofed animals in packs of similar humans while the shaman dreams of fire. Yes, you can paint on the cave walls if you want to. Just use the blood from your flea ridden scalp as you scratch deep gashes around the infected bites. Yes, you missed the email about the insect problem and the online coupon for OFF spray. Shit.

There is no way to accurately estimate the number of people, right at this moment, sitting in rooms and lobbies of Hampton Inns and airports looking at their Outlook inbox and wishing they could strangle themselves with the charger cord that they can’t find an outlet for. Like the Big Bang and Chinese Buffets, this is one of the great mysteries. I mean, just how in the hell did this civilization manifest in its current form only having email the last 15, or so, years. Boggles the mind.

You have all heard me say before that I gave up watching or reading media stuff. All I can say is that, for me, it raises the blood pressure and cannot be good for anyone, unless they are members of that rarified group of 1,500, or so, people who have a favorite 504 and really control politics here in the Land of the Free. Fake news? Russia? Come now, the masters are Pfizer, Blue Cross and Monsanto. They could be both fake and Russian which would only represent an unimportant coincidence. Ike Eisenhower told us this in the early 1960s. The houses of indoctrination, we call them schools, do not mention this little fact. But, let’s save the rant about domestication and indoctrination for another time. Gives me something to look forward to, not sure about you.

Anyway, the email thing is simply a subset of the bigger problem, the internet. You know us, humans I mean. Get something that has promise and the ability to change and educate and we pretty much immediately abuse it, become addicted to it and then weaponize it. Like Edward Murrow said about television, if it doesn’t change and educate, it’s just a box of lights and wires. Look no further than antibiotics’ and communication technology, it’s really that simple. Head down on phone is an odds-on favorite to have its’ very own subset of disorders in the next DSM, (diagnostic statistical manual), the authoritative, allegedly, “guide” for mental illnesses and disorder. A friend of mine, a practicing psychiatrist, actually wrote a reference journal article with a friend using linear regression to predict the size, weight, color and so on of the next edition of this billing guide. Sorry, I meant to say important and educational resource used to actually help people. Slip of the tongue. Dammit.

I still maintain that the internet also causes isolation and alienation, among other not so good things. Seems that tech companies agreed with this, at least to some degree, and are busily working on a new app whereby you can create your own personal emoji in order to virtually be proximate to your fellow man. Yes, seriously. Oh, where are my manners? I should have said person or human instead of man. Please excuse and overlook my insensitivity to the important at the expense of the popular. I can hardly bear it.

Let’s put an end to the madness here. One final thought; if you like this even a little bit, scan it and make it a pdf file. Then, email it to everybody you have an email address for and then cc them too. Bcc that same list and attach a blank document. Yes, blank, nothing on it. Then, sit back and watch…. I want to hear what happens. Give you 50/50 you hear back from at least 30% of the dumbasses.

Not Just for Breakfast Anymore

Objects are closer than they may appear…